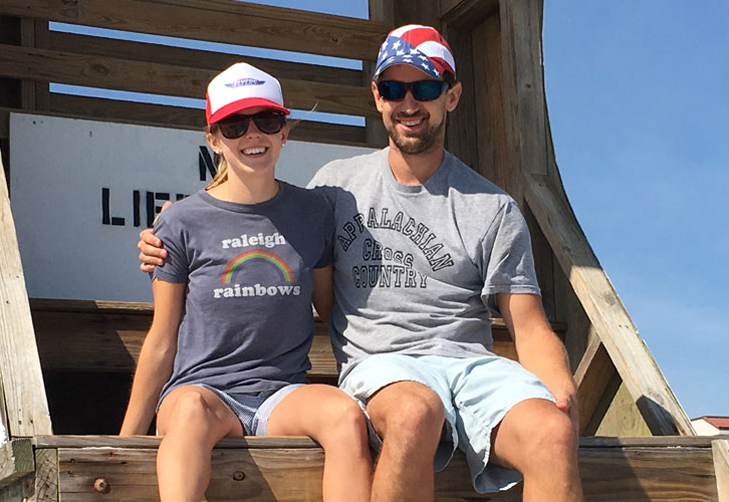 Wrightsville Beach Brewery is committed to being a different kind of brewery, both in the beers we make and the impact we have in our community.   Our mission is to educate our customers about good environmental stewardship and contribute to the sustainability of local charities while also making tremendous beers.  Making beer and giving back to the community have equal standing with us.  One does not trump the other.  This is why we have partnered with 11 local non-profits to donate proceeds from our rotating “Beer of the Month”.  For each month of an 11 month cycle, a different nonprofit will receive proceeds from our featured beer.  Then in December (the season of giving), we will give 11% of all beer proceeds to support all 11 of our partners.  To find out more about the non-profits we partner with, check out our BEERS page.  Why 11%?  It’s widely accepted in a variety of faith groups that people should give away 10% of their income, right? So why not do ‘em one better, and give a little extra?!

A long, long time ago in an estuary not that far away, three brainless local oystermen were out at their favorite secret oystering spot, "knocking" a couple of bushels.  They got to thinking about a perplexing question that desperately needed an answer: “Why was it that Wrightsville Beach, home to some of the world’s tastiest oysters, oysters which they thought were best accompanied by beer, didn’t have a local brewery???  These three brainless oystermen came from a family that had been gathering Wrightsville Beach’s bounty for generations.  They knew beer was always consumed (in rather large quantities) at the backyard oyster roasts, shrimp-a-roos and low country boils that their family hosted for friends.  And yet, why hadn't anyone thought to make their own beer?  So two of the  oystermen, knowing far more about seafood than beer, started home brewing.  Their first batch of beer was amazing...ly flat!  Turns out yeast doesn't take heat as well as an oyster does.  The second batch wasn't much better—apparently using the same equipment for brewing beer as steaming seafood wasn’t the best idea.  After this discovery they invested in the proper equipment, never (ok... rarely) intermingling brewing beer with steaming oysters again.  As the years passed, three oystermen became two, and then two became one. Despite these losses, many solid friends stepped up to support the last oysterman in making his family’s dream a reality.  Now, surrounded by friends far more competent than he, the last brainless oysterman has become a reluctant brewer (still preferring time in the marsh to time stirring wort). This oysterman, his waaaayy more intelligent wife and his group of friends / staff make for a team that guarantees your brews are tasty, your seafood is fresh and the atmosphere is always inviting—just like at a backyard oyster roasts for friends. 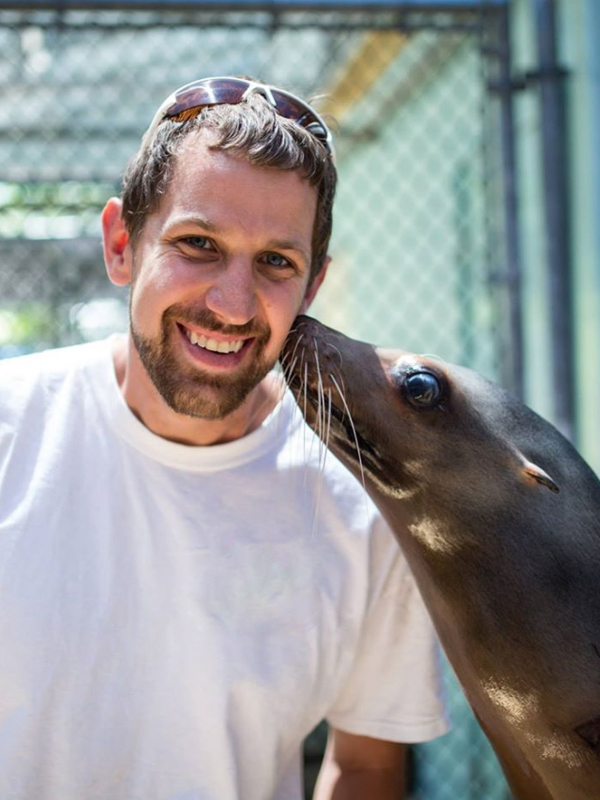 A Wilmington native, Jud grew up oystering with his father and grandfather in Wrightsville Beach and Masonboro marshes.  It was in these marshes that the trio dreamed up plans for a brewery and oyster house that would be a nod to Wilmington’s rich coastal history, educate patrons about environmental preservation and give back to the community.  Jud developed a passion for the food and beverage industry through several years spent homebrewing and working in Washington DC’s restaurant scene.   When not at the brewery, Jud is best found surf kayaking, oystering or otherwise enjoying the outdoors with his wife, Amber. 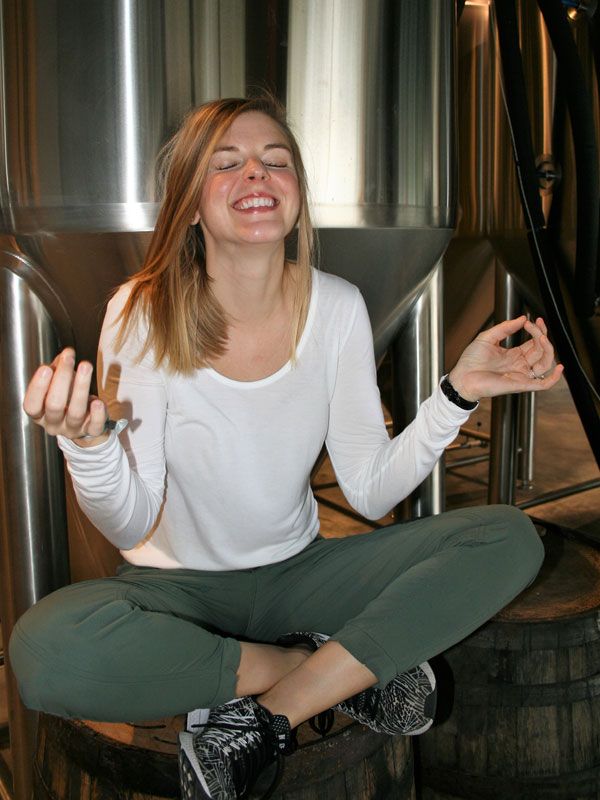 With a background in social work and non-profit management, Amber shares Jud’s passion for creating a small business focused on giving back to the local community.  Amber also loves nothing more than to throw a good party and has thrown her fair share through her experience working in the hospitality industry and managing non-profit fundraising events.  Playing outside is Amber’s number one hobby and she is newly obsessed with joining Jud in the marsh.  Match made in heaven?  We think so. 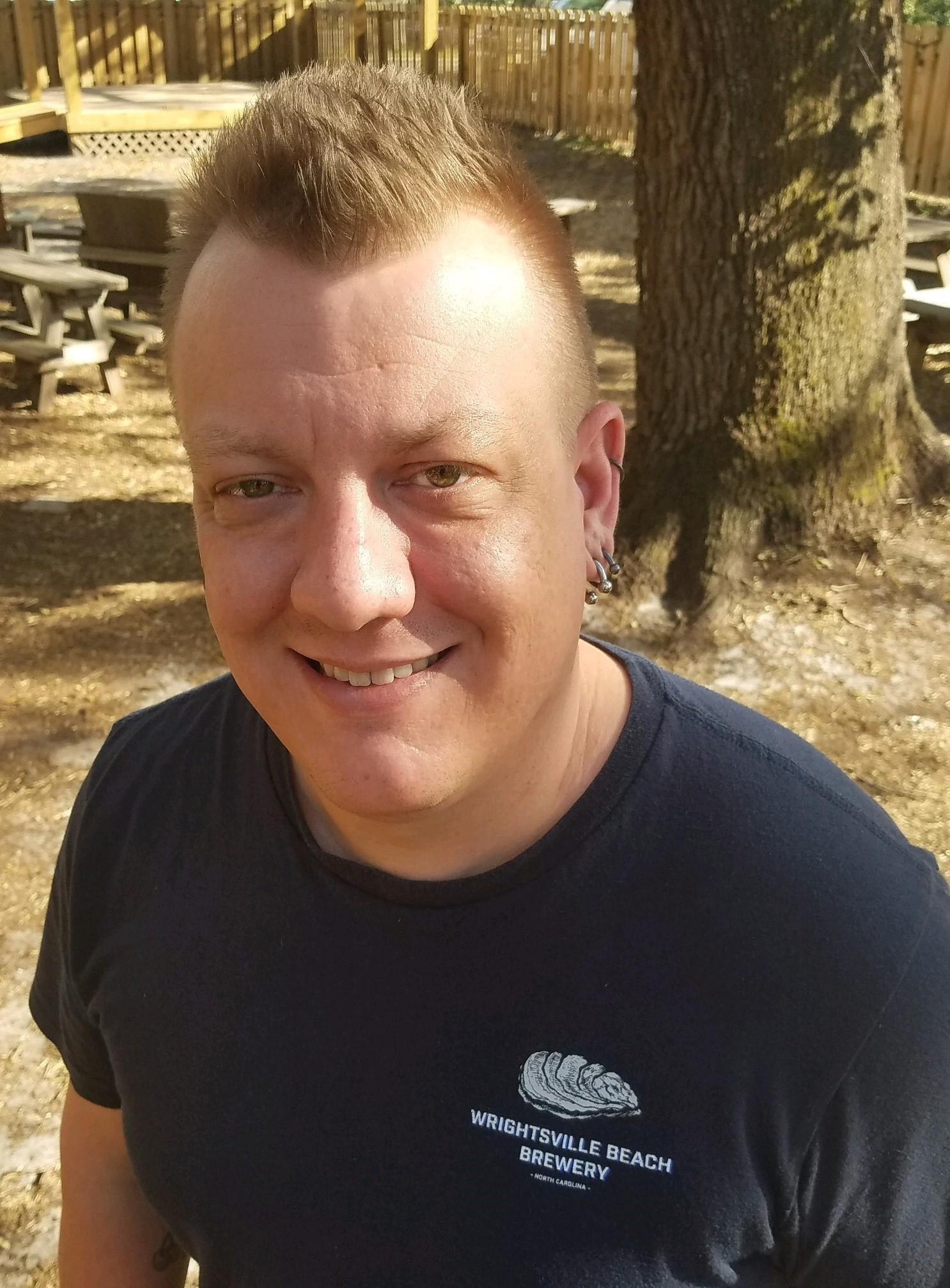 Hailing from the "other Wilmington", Keith attended University Of Delaware, where he studied marketing & sociology. Realizing around that time his true passion was working in restaurants, he never quite made it into the corporate world. After years of managing several craft beer oriented bars and restaurants in Delaware,he migrated south in search of warmer weather and coastal living, landing in Wilmington, NC. A love of craft beer and thirst for brewery life led him to Wrightsville Beach Brewery, and the rest as they say, is history. When he's not at work, you can probably find him wandering in the woods, watching Philly sports, or fumbling around one of the local disc golf courses. 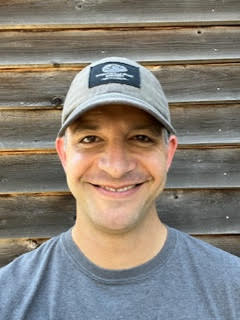 Originally from Airmont, NY (suburbs of NYC) Jared moved south in 2003. His hospitality career began in Gulf Shores, AL, where he owned a bar for several years before settling on Wilmington, NC's beautiful coast line in 2006. Jared worked in downtown Wilmington for many years before coming to Wrightsville Beach Brewery. Considered an “O.G.” around these parts, he is one of several original employees of the brewery. Jared is a graduate from Cape Fear Community College & UNC-Wilmington. He is passionate about sustainability and the coastal environment. A “professional" sipper of dark beer and devourer of all things pizza! When he is not at the brewery you can find Jared and his wife running their sustainable hair salon and spa or playing with their four cats.‍
‍
Contact Jared at foh@wbbeer.com 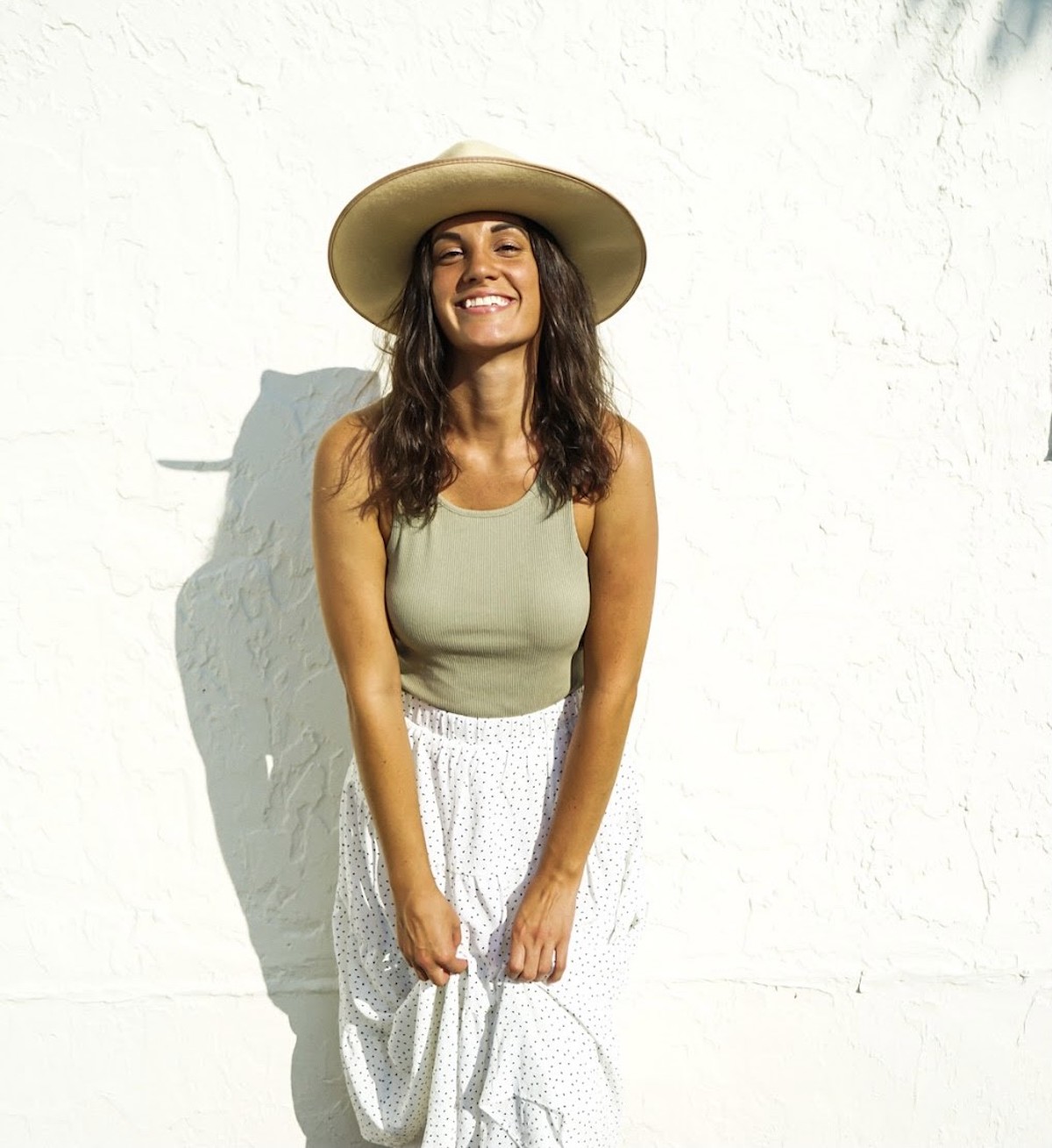 A coastal Carolina native, coming from a small beach town. Wilmington always felt like home from the start. She started honing her party planning skills by organizing baby showers, bridal parties, and birthday events for her friends. With that knowledge and her years of work in the service industry, Katelyn brings assured and positive energy to your next event! In her spare time, she loves a good plant and spending time outdoors with her husband Spencer and their three pups. She can't wait to help make your party planning dreams come true!
at events@wbbeer.com to inquire about booking. 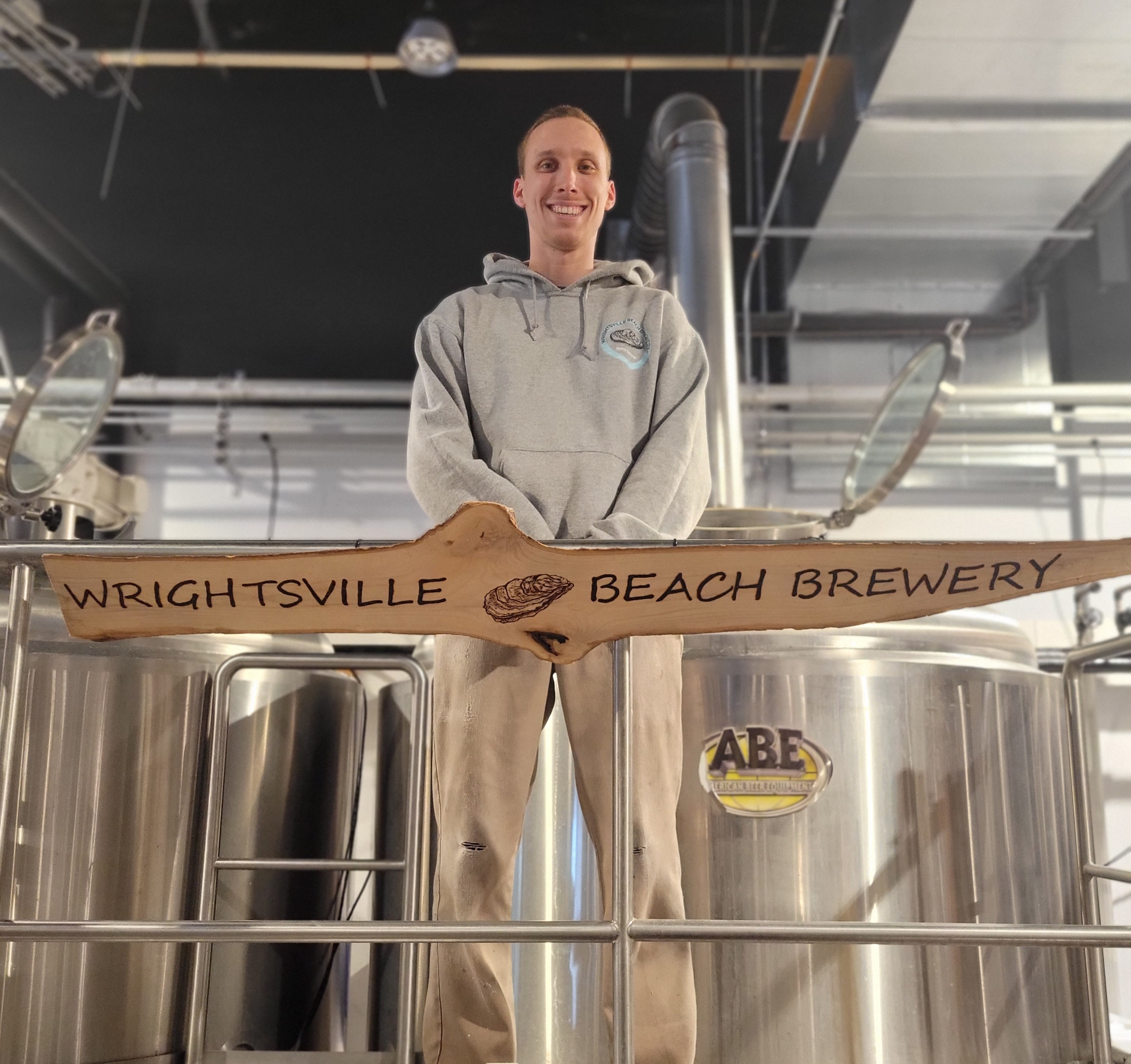 Chris Zirnheld started homebrewing in college before getting involved in the craft beer industry while earning a Professional Certificate in the Business of Craft Beer at San Diego State University. He has since received a General Certificate in Brewing from the Institute of Brewing and Distilling, Certification in Brewery Safety through the Brewers Association, and has become a Cicerone Certified Beer Server. Chris worked his way up the industry starting on the bottling line at Ballast Point before moving to the cellar. He then came to Wrightsville Beach Brewery as an assistant brewer working his way up to the Head Brewer position. 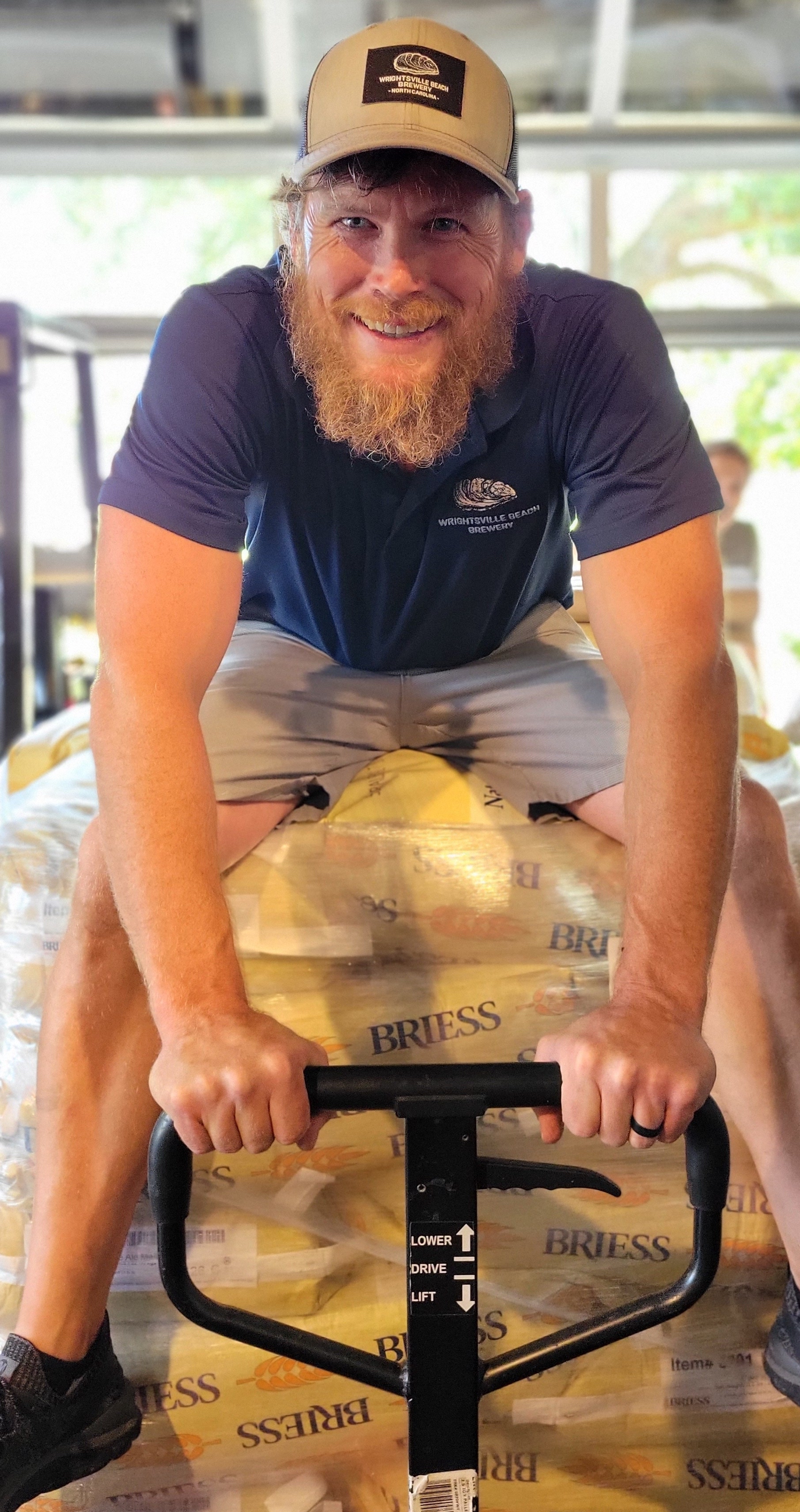 A native of the Cape Fear River Valley.  Paul moved to Wilmington from Fayetteville over 20 years ago to attend UNCW where he obtained a degree in anthropology.  After graduating he worked as an archaeology field tech on several Native American sites in North and South Carolina.  It wasn't long until he made the obvious next step in his career.. Beer!  For the past 15 plus years he has been making sure local businesses in the area receive timely, quality service.  He is proud to be able to provide fresh, tasty, locally brewed beer. In his free time, he enjoys hanging out with his family on the water and in the woods! 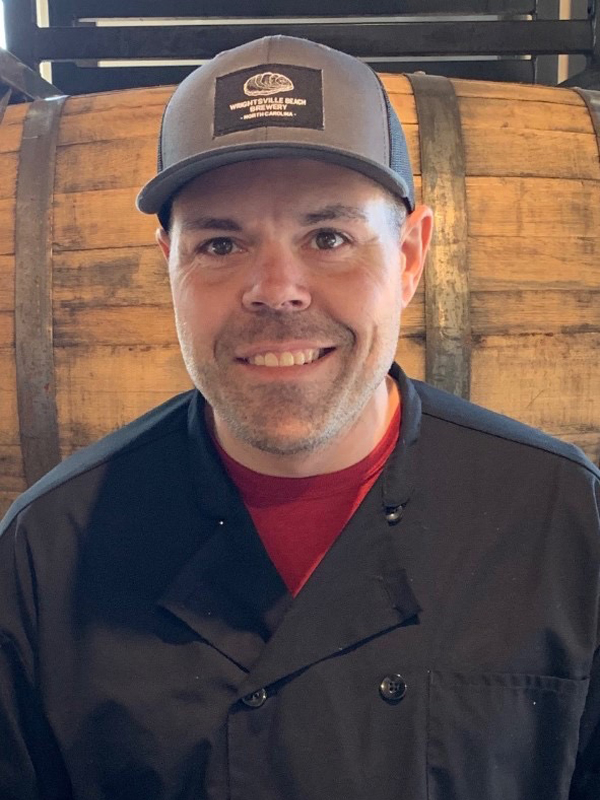 A self taught chef, Denny honed his chops in kitchens across North Carolina for nearly two decades before joining the team at Wrightsville Beach Brewery.Experience with a wide range of cuisine, including Greek, Italian, and French,lends to his versatility when it comes to concocting daily specials. His cool demeanor helps keep the kitchen staff calm and focused during even the busiest of dinner rushes. We asked him about his hobbies for this bio, his response? "As much time as I spend at work, I prefer to keep my leisure pursuits to myself".  A regular man of mystery, we suppose.‍
‍ 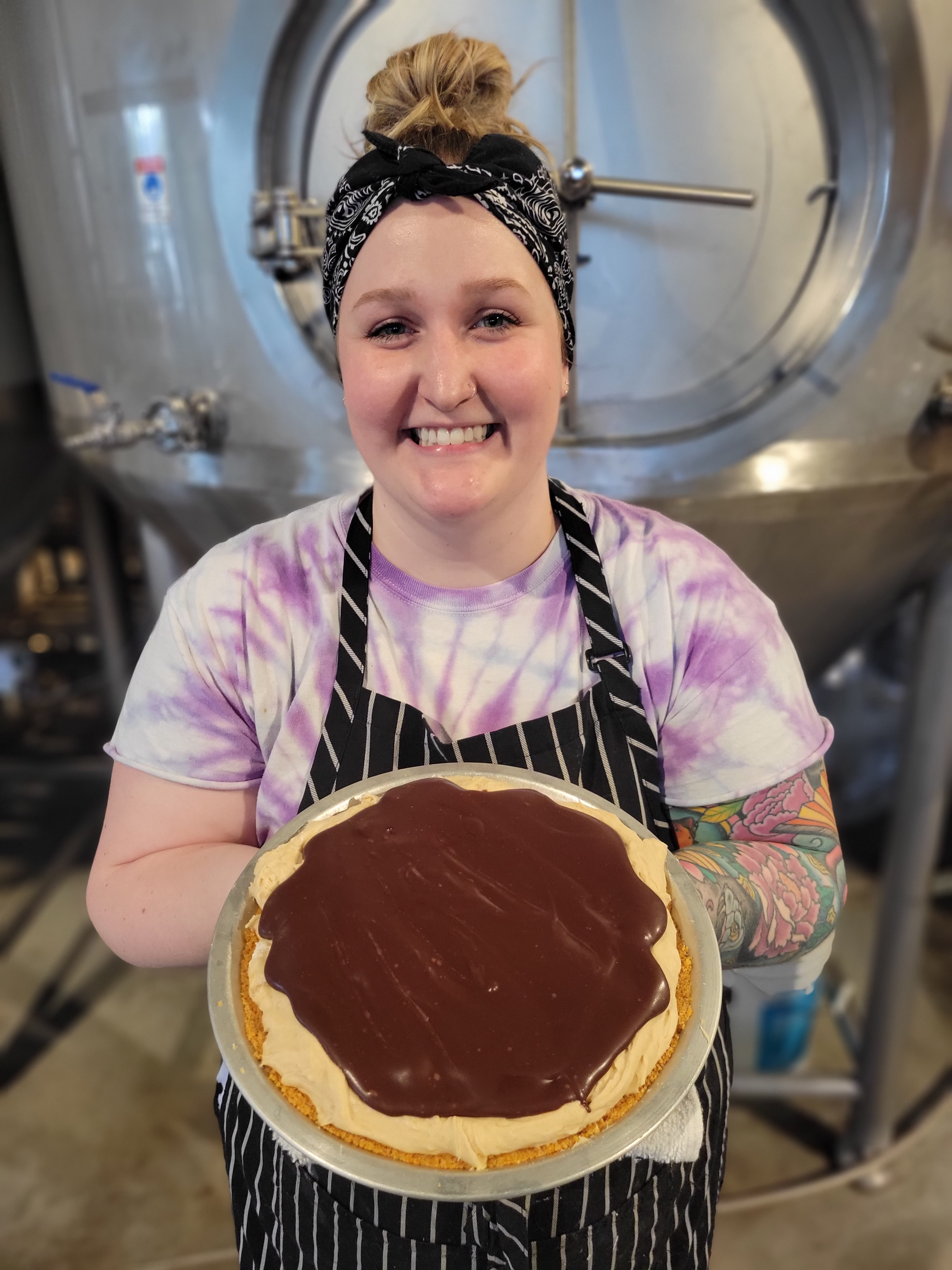 Callie's culinary career started when she was 6 while baking her first blueberry pie with her grandpa. Professionally, she took her first kitchen job at a resort in Colonial Williamsburg located in Virginia. She was enamored with the 400 person plated dinners and the extravagant holiday functions. Constantly thirsty for knowledge, she enjoyed her time there, being able to learn as much as she could and grow as a culinarian. She moved to Wilmington for a new adventure in 2018, where she became head baker at a local bakery. While she greatly enjoyed her time crafting new ideas and her favorite, decorating, she wanted to transition back to cooking. Callie says she’s found her happy place at WBB, being able to do both. Every dessert special you see comes from Callie. She's happy to work the line and craft our sweet treats. In her spare time, she works on her various art projects from painting, sculpting, and sewing.
‍
‍ 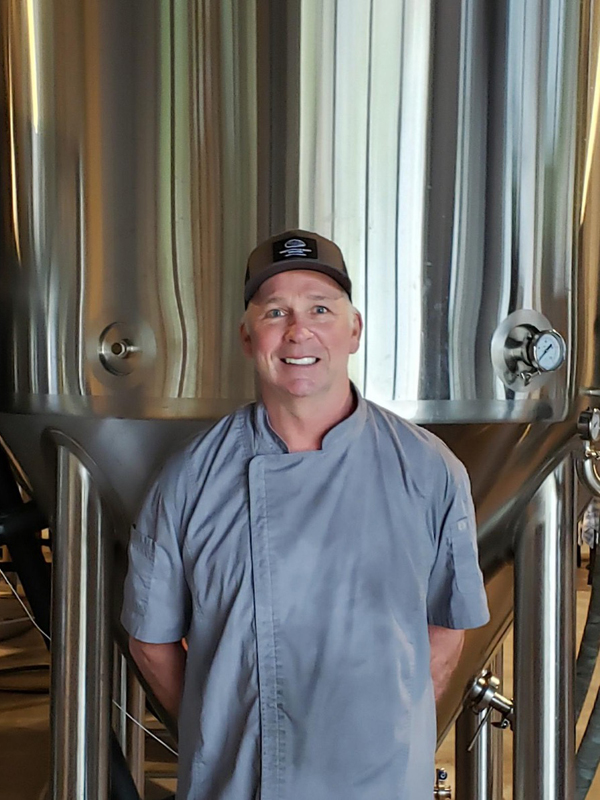 Born and raised in California, Rodney started his restaurant career at the age of 17. After moving East and graduating from the Culinary Institute of America at Hyde Park, he plied his trade in the kitchens of New York and northern New Jersey. The Executive Chef for many years at Amanda's, a Zagat rated fine dining restaurant in Hoboken,Rodney also oversaw the openings of their two sister restaurants. After their son graduated college, Rodney and his wife Laura headed south, ending up in Wilmington,  with the desire to start a "new chapter" in a warmer climate on the coast. When not working, Rodney enjoys refurbishing old bicycles and going to the beach.
‍
‍